Rafael became a familiar face at Kate’s Kitchen a few years back when his life spiraled during a difficult divorce and his family separating. Not one to keep idle, he found himself at Kate’s for meals and to help out. Upon a move to Springfield he lost touch and was having difficulty managing the shifts of life.  On the morning of his daughter’s sweet sixteen, she had one request: a cake.  The one place he knew he could go was to Kate’s. He picked up his bicycle, and rode over to Holyoke with high hopes. He not only found a cake, he was delighted to be packed up with takeaway peanut butter and jelly sandwiches along with some fruits and veggies.

While there, Rafael recognized a familiar face; Ralph Webb the Executive Chef of foodWorks@Kate’s Kitchen. Rafael recalls vividly, “Chef Ralph looked me directly in the eye and said, ‘I can get you a job.'” Rafael was intrigued and delighted that someone saw him—his full potential albeit his current struggle. Rafael not only left with the Sweet 16 cake his daughter hoped for; but a renewed sense of purpose as he promptly enrolled into the upcoming class of foodWorks@Kate’s Kitchen.

Rafael, a tenderly quiet man, is remarkably memorable no matter where he goes. FoodWorks’ Instructional Chef Dalton Clarke, recognized something special in Rafael immediately and pushed him to realize his full potential; Rafael recalled that “Chef Dalton saw my drive and passion and I am thankful that he did.”  According to Dennis Henry, Executive Chef, Sheraton Springfield, who hired Rafael upon graduation from foodWorks@Kate’s Kitchen back in February 2018, “I saw that same drive in Rafael and it hasn’t stopped. In fact, he was recommended as Employee of the Month after only three months on the job. Most employees are not recommended until six years into the job…and it is a huge accomplishment to be nominated at all given there are over 250 employees.”

”I have a job. I now have a car and it’s brought my family back together. I am forever grateful for Chef Ralph and Dalton and the Providence Ministries and Kate's family.

When asked what was the most challenging of the foodWorks@Kate’s Kitchen work, one could easily imagine that his answer would have included his daily bicycle trek from Holyoke to Springfield and back, for 13 weeks but not so. Rafael says the job interview was the most challenging; “Everything I had worked for, to get a job, depended on this.”

Henry has been with the Sheraton Springfield for seven years and though a native, left the area for a while only to return to be closer to his family and grow his Sheraton Springfield team. He deems Rafael a great investment and continues to keep an eye open for foodWorks@Kate’s Kitchen graduates to build his team. In fact, our ties to the Sheraton remain close ones, as Dalton Clarke is a former employee of Henry’s and they continue to find ways to partner. In June 2017, our students joined in for the prep and presentation of the Springfield Union Station reopening.

Upon reflection, Rafael thoroughly enjoyed his foodWorks@Kate’s Kitchen training and shared, “I have a job. I now have a car and it’s brought my family back together. I am forever grateful for Chef Ralph and Dalton and the Providence Ministries and Kate’s family.”

We are an established non-profit organization serving the Holyoke, MA community since 1980. 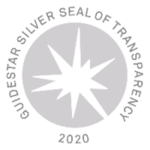