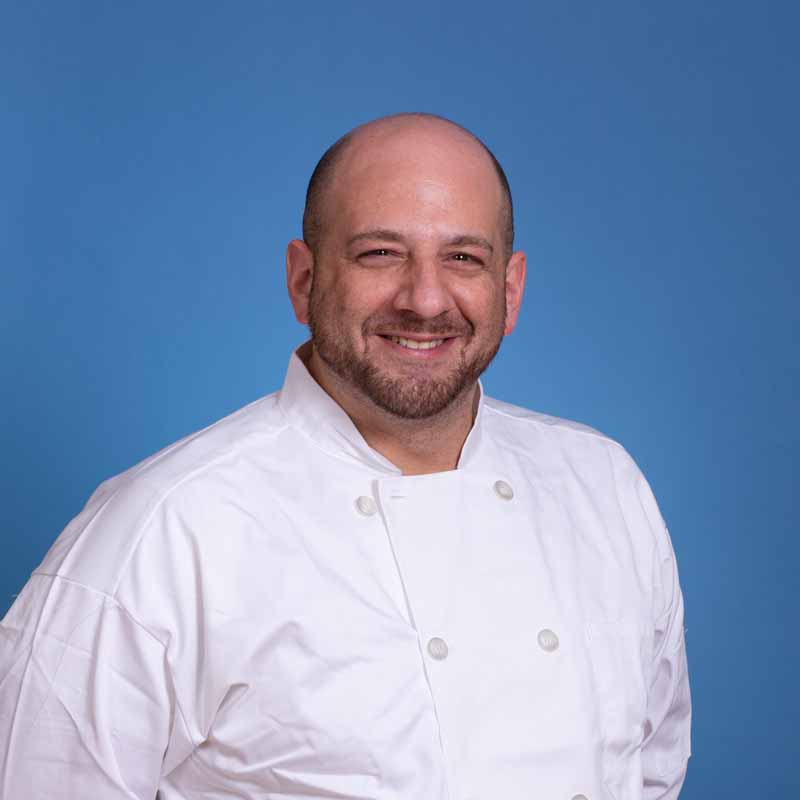 Mike Nowak has been a part of the food service industry for over 25 years spending time in Healthcare, University, and Retail settings.  He developed his passion for culinary arts at home while helping his mother in the kitchen, and began working at Mont Marie as a dishwasher when he was 15. Under the guidance of the then Food Service Director Myra Robitaille, he learned the skills needed to succeed personally and professionally.  The positive environment was more that of a family than a workplace.  He later became Executive Chef at Suffolk University in Boston where he provided cuisine to satisfy its diverse student population. There he competed in the Sodexo Battle of the Chefs, winning the competition on 5 occasions between 2013-2020.

As Foodworks Instructor he hopes to provide the same caring and patient instruction to his students that he received from his mentors. When he is not in the kitchen, Mike is known for his Professional Wrestling fandom.  He has amassed an extensive collection of action figures, programs, autographs and memorabilia while taking his annual excursion to WrestleMania.

We are an established non-profit organization serving the Holyoke, MA community since 1980.